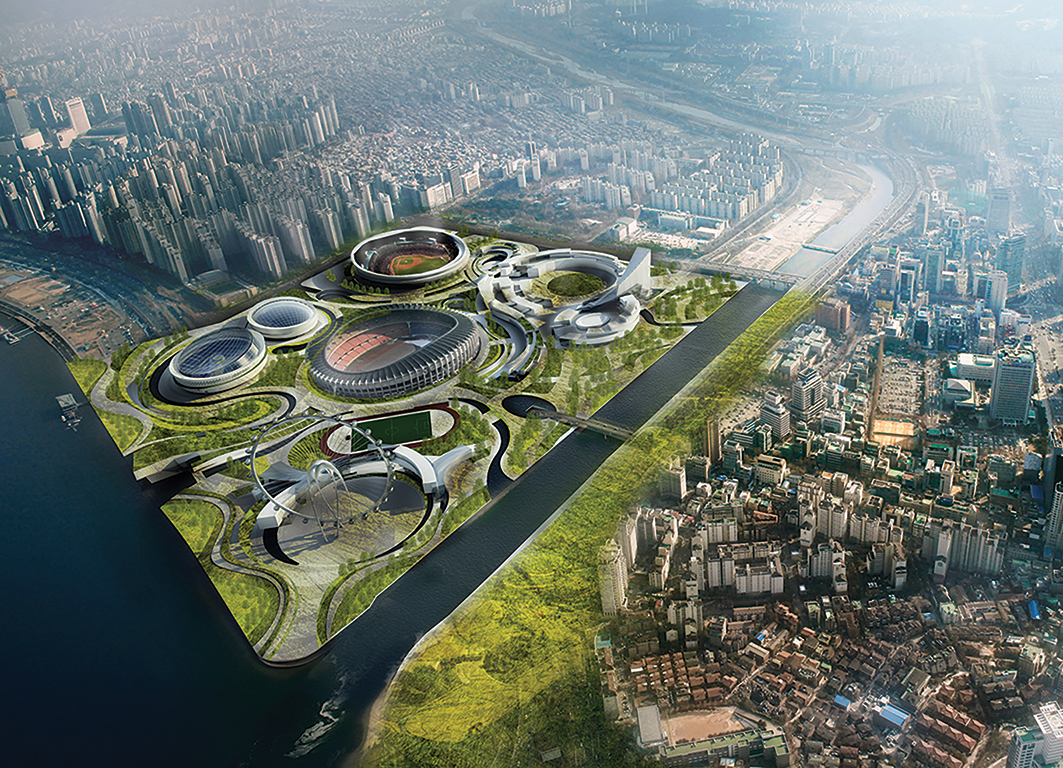 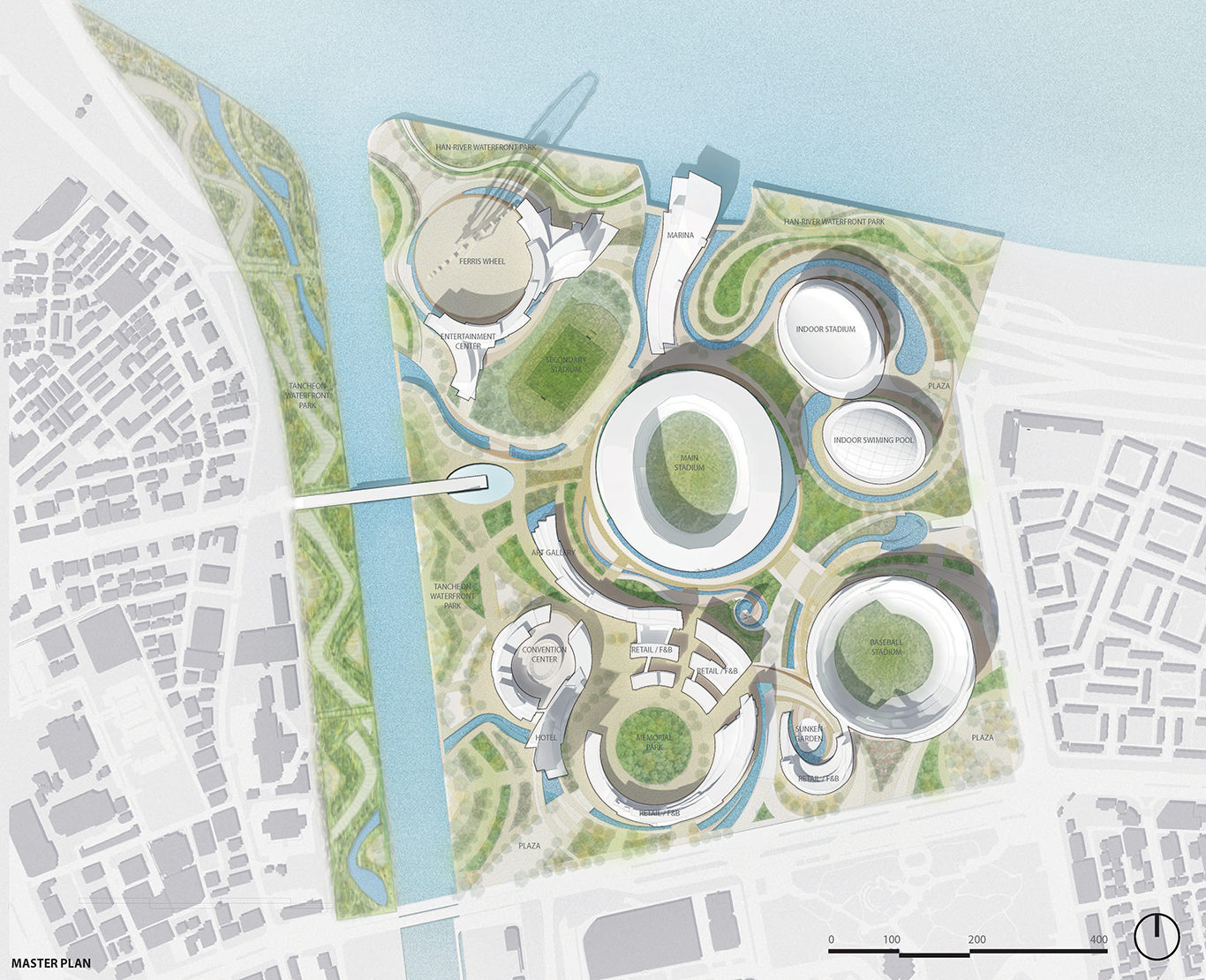 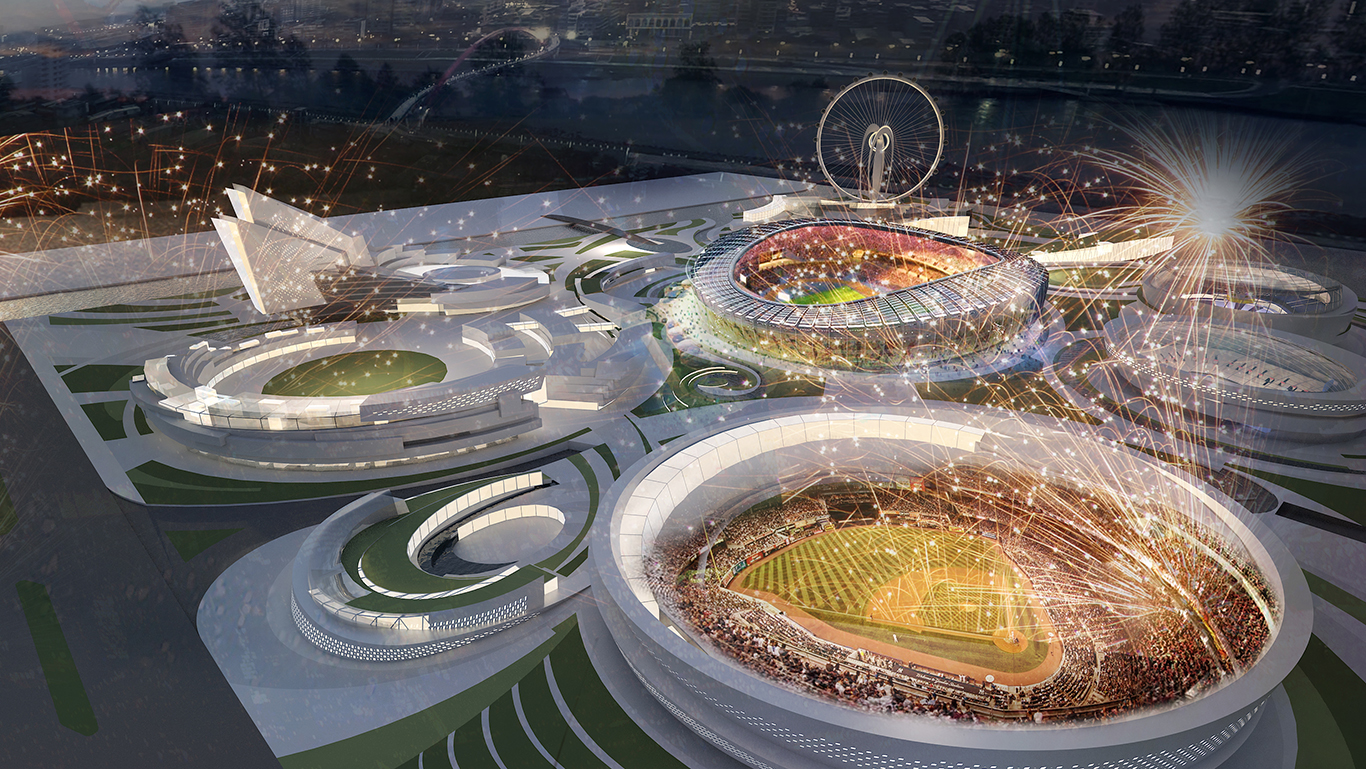 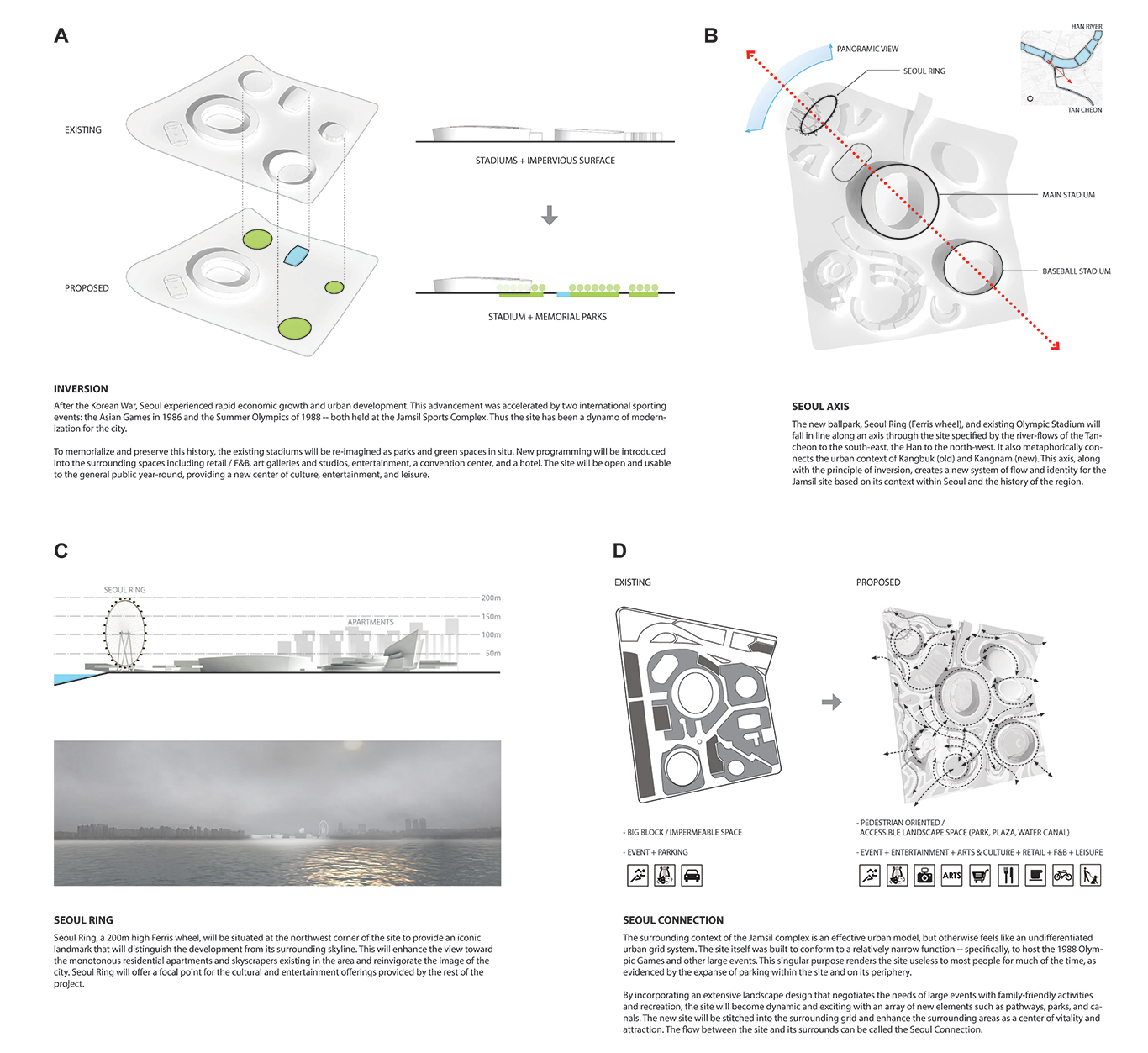 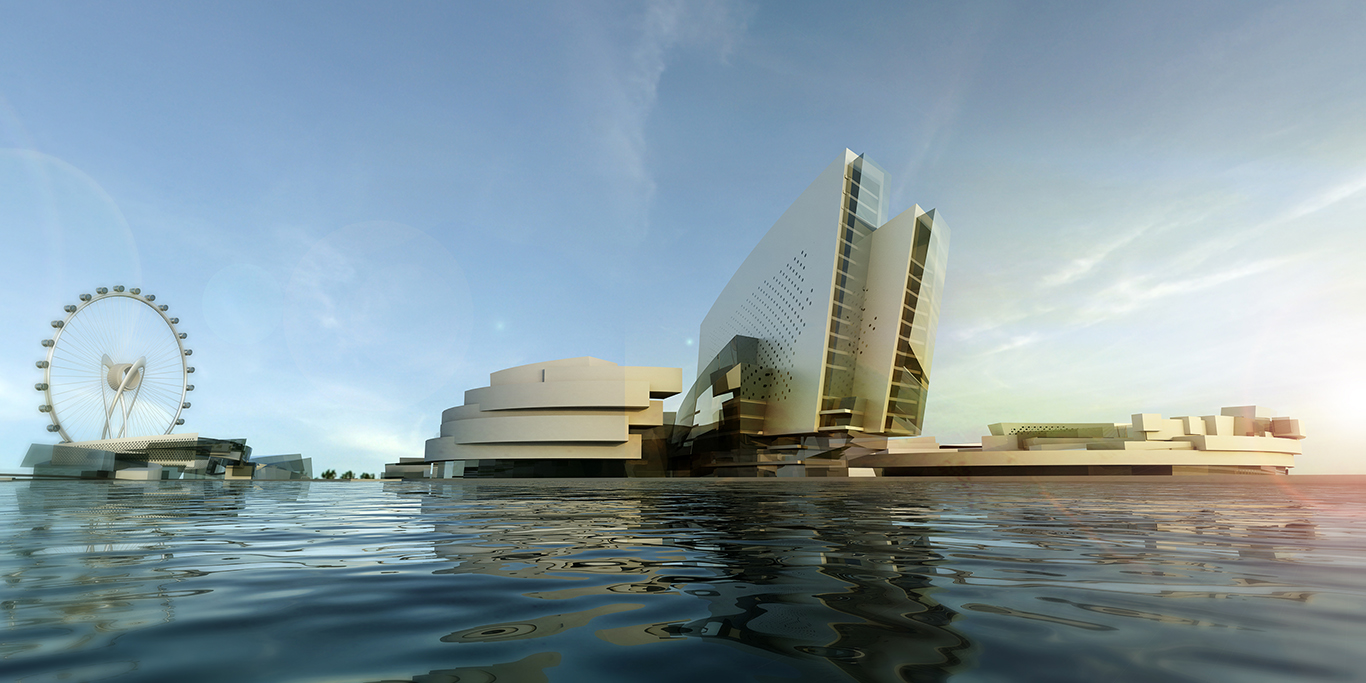 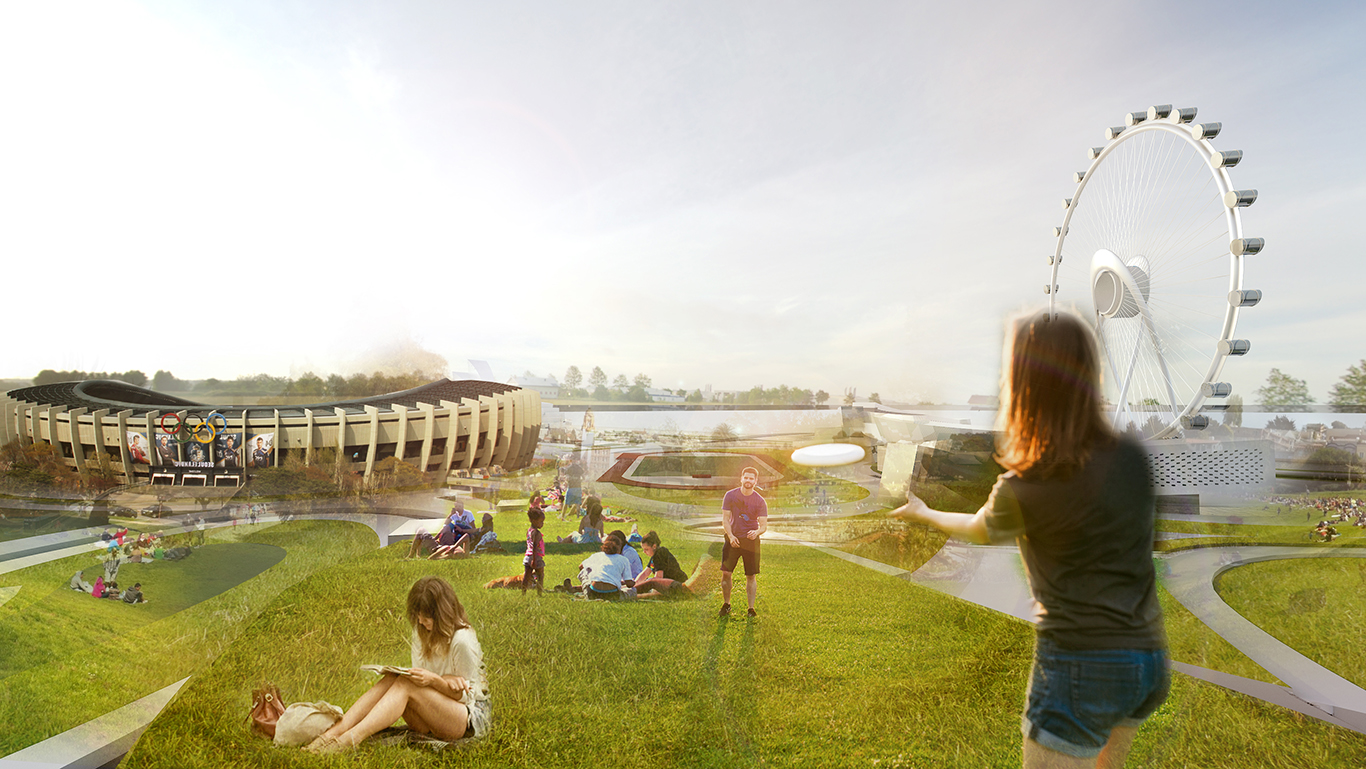 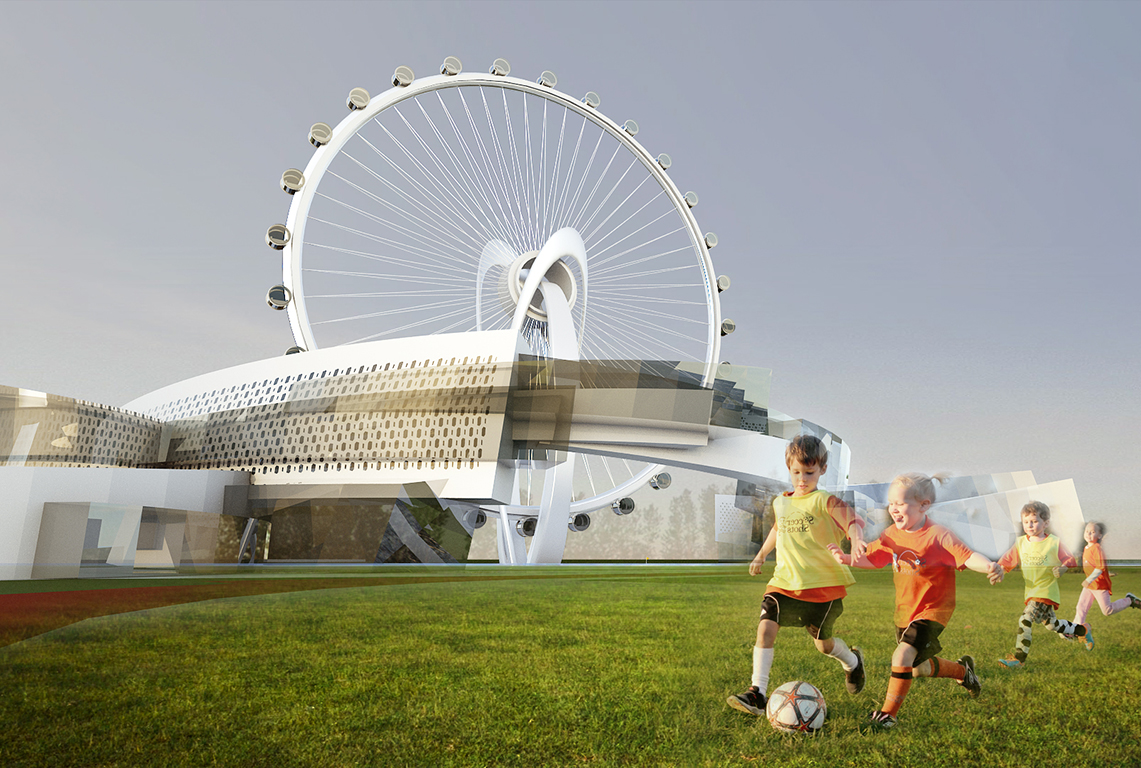 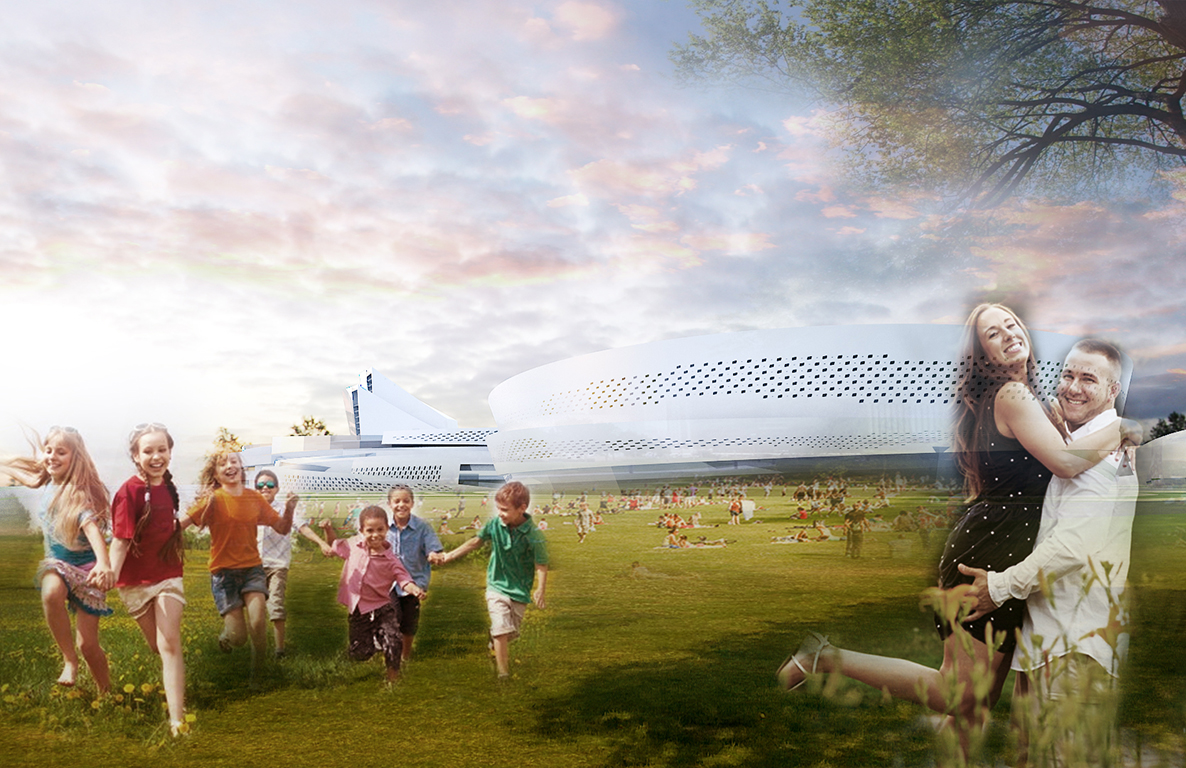 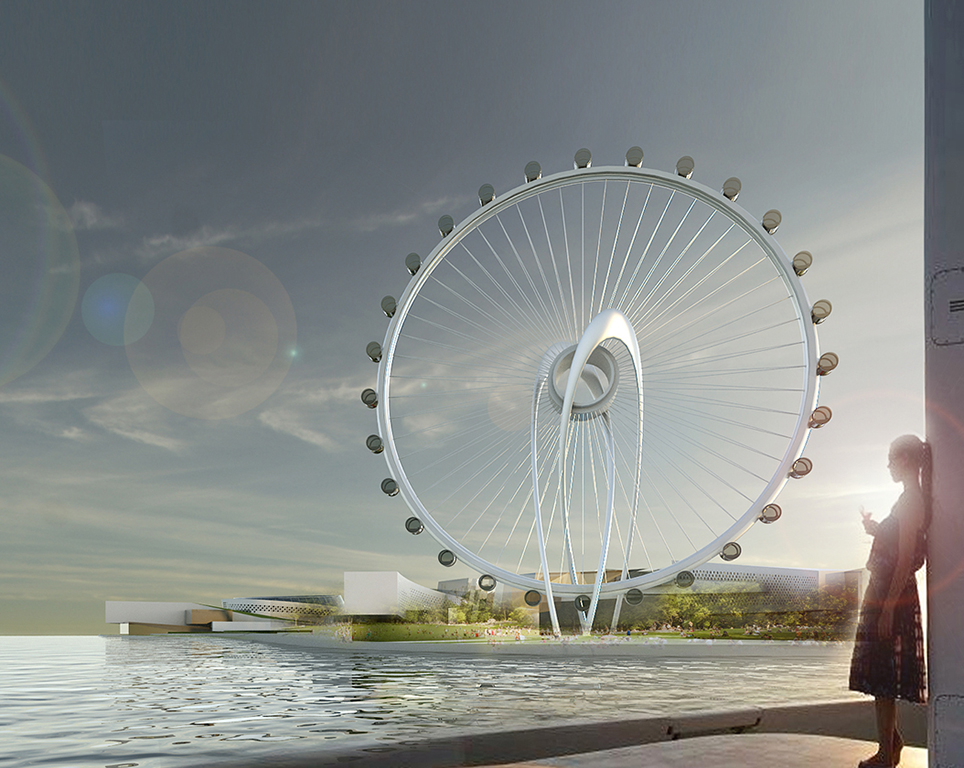 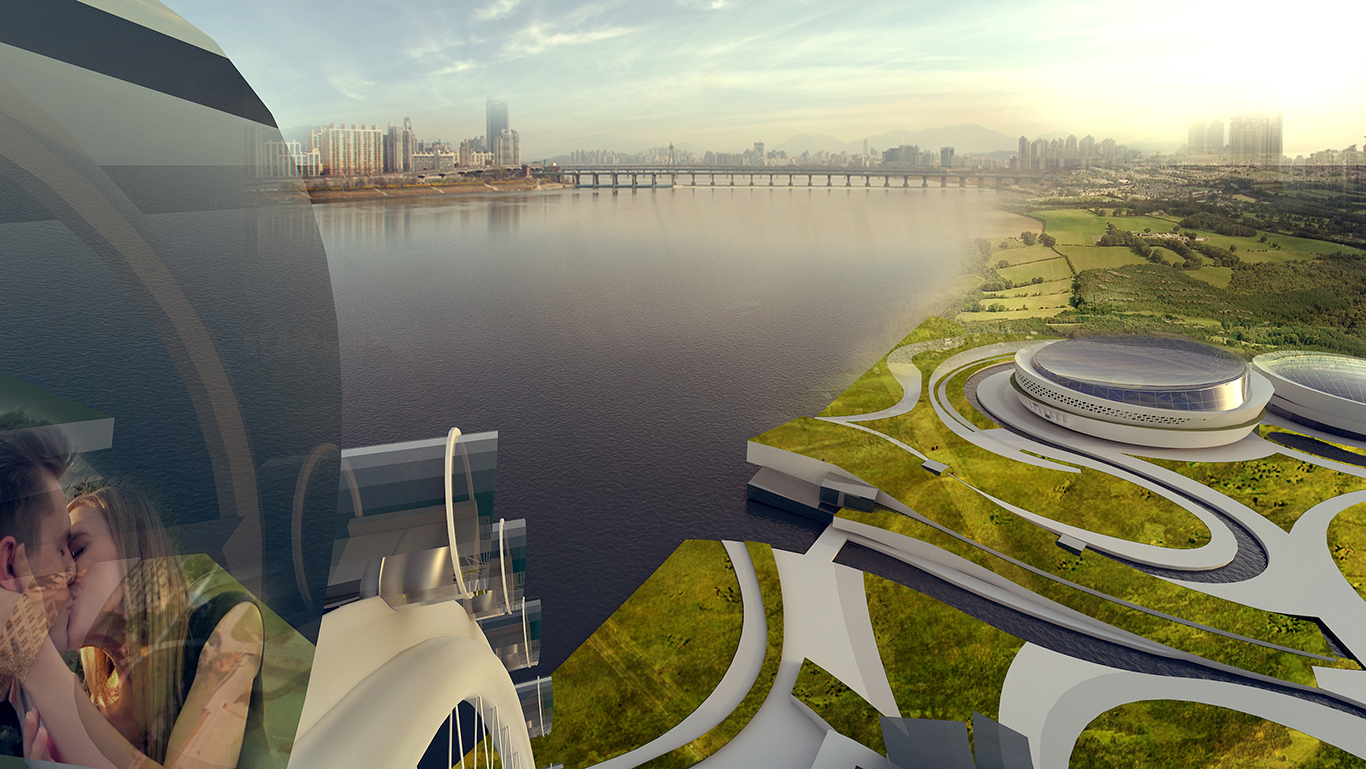 'Inversion of Rings' is an entry of the international competition hosted by Seoul Metropolitan Government to revitalize Jamsil Sports Complex. To memorialize and preserve a successful history of 1988 Seoul Olympic, the existing stadiums will be reimagined as memorial parks and green spaces in situ. New programming will be introduced into the surrounding spaces including retail / F&B, art galleries and studios, entertainment, a convention center, and a hotel. The site will be open and usable to the general public year-round, providing a new center of culture, entertainment, and leisure.